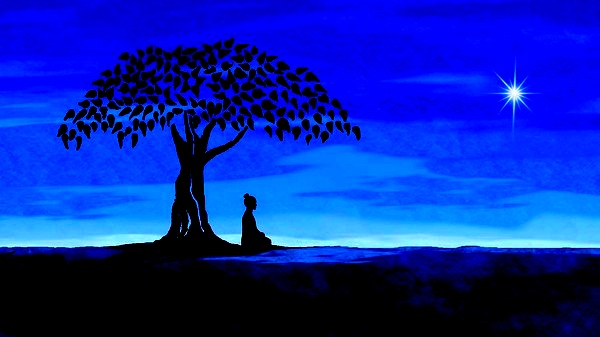 Based on a talk I gave at Morning Star Zen Sangha.

On May 26, I saw the video of George Floyd's murder. A policeman casually kneeled on Mr. Floyd's neck, hands in his pockets, while Mr. Floyd pleaded for his life. I don’t know how many of you watched it. It is horrifying.

Such dehumanizing, racist brutality is not uncommon in the US. We are a country founded on systemic racism. The United States was built on the backs of slaves, and we can never fully compensate for that injustice, but we never even tried. Instead, we enacted racist policies that oppress Black people – Jim Crow, segregation, lack of access to lending and housing, unequal access and treatment in health care, unequal educational opportunities, greater pollution in communities of color, disproportionate enforcement of the law, and many more forms of systemic racism. The average white family in the Boston area has $247,500 in savings, and the average black family has $8, not because Black people are less capable but because white people oppressed them. That white policeman’s knee on George Floyd's neck was a devastating moment that exemplifies the systemic oppression of Black Americans.

Black and white Americans live different lives. Those of us who are white have benefited from this white supremacist society. We have amassed wealth at the expense of the colonized, the enslaved, and the oppressed.

Zen is not a self-centered form of escapism. We should be careful not to get lost in notions of enlightenment that dismiss suffering in the world. That is a spiritual bypass of personal and societal problems. We call it being "lost in emptiness."

To be lost in notions of emptiness is to be lost in ideas of undifferentiated oneness. Hongshi Zhengjue writes, “The spoken is instantly heard. What is heard is instantly spoken. Senses and objects merge. Principle and wisdom are united. When self and other are the same, mind and dharmas are one.” While this excerpt poetically points toward nonduality, we may misinterpret the words, “self and other are the same,” to mean that when we are “enlightened,” we will no longer recognize distinctions and will live in a pure bliss of nondiscrimination. Attachment to such notions of emptiness (and samadhi practice more generally) can lead white people to deny differences in experiences based on race. White Zen practitioners may dismiss accounts of racism as “creating differences where there are none” because "we are all one." This is both false and hurtful.

A more integrated and compassionate understanding of emptiness and form suggests that though we are all inseparable from the undivided universe, we are each also unique expressions of this vastness, and we have different experiences that we can honor. Though all beings depend on the entire universe to exist and are interdependent arisings, we can still distinguish between a hawk and a handsaw, between a healthy meal and a bucket of nails. It is true that race is an invented category that is not based in biological fact, but it has real consequences in terms of culture, how we identify, and how we are treated in America.

For many of us, privilege has allowed us to live without dealing with racism much of the time. But George Floyd had no such privilege. Black people have no such privilege. Hongshi Zhengjue continues, “When you face what you have excluded and see how it appears, you must quickly gather it together and integrate with it.” Perhaps some of us have excluded white supremacy from our consciousness altogether. But our practice is to be aware of what actually is. And our bodhisattva vow is to liberate all beings, like Guan Yin with tears on her face extending a thousand hands to save the beings of the world.

Sometimes people create a false choice regarding activism. "I will work on one issue but not others. I only have so many resources." There are many interwoven problems to address -- institutionalized racism against all people of color, poverty, sexism, homophobia, anti-Semitism, and the environmental crisis. These issues and many more deserve our attention and response. There is no invisible "Only" before the statement, "Black lives matter." Fortunately, justice is not a winner-gets-all competition. We can respond to all of these issues, one moment at a time. Our vow is to liberate all beings, and Black people have been uniquely, violently, and systemically oppressed in our society. Frustrating as it is that we have to say this, Black lives matter. 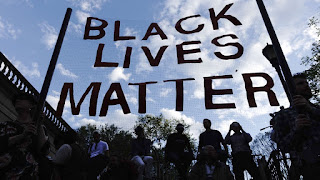 For me, part of the work is recognizing my own racism. We are swimming in racist media portrayals of Black people, and we internalize them. But we can’t just blame “the media.” People like us generate what appears. We are still quite segregated, so our inherited and internalized biases are not challenged by experience nearly enough. Harvard’s Implicit Association Test has shown that racial bias is nearly universal, no matter our race. Awareness practice is uniquely powerful in helping us see and challenge the biases that arise in our heart-minds. Zen practice is a uniquely powerful form of awareness that can help us awaken to these biases.

We can also work outwardly. Fighting racism against Black Americans will take different forms based on our unique spheres of influence. As an educator, I can continue to revise my curriculum and pedagogy. I can encourage changes to school policies that result in inequitable outcomes. Beyond the classroom, I can do my research, listen to Black leaders, support anti-racist organizations (including those fighting for environmental justice), attend protests, and write elected officials. I can vote in local and national elections. Heightened awareness shows us the way.

Changing our country is admittedly hard work, and Zen practice can help. Cultivating insight into impermanence and our vast, true nature helps us feel and bear witness to suffering without getting swallowed up. We will still suffer. But that isn’t a bad thing. It is part of our compassionate response. When we bear witness to suffering, we “suffer with,” and it touches our hearts. “When self and other are the same, mind and dharmas are one.” When George Floyd pleaded for his life saying he could not breathe, his voice spoke in my heart, and my heart broke. We are also interwoven with the policemen who killed him and with those who bore witness and did nothing to stop it. Until racist systems are overturned, we are complicit in the oppression of Black people, and this complicity costs us a loving, just society. That’s hard to bear. Still, we have this practice that helps us stay awake to things as they are rather than turning away. It helps reveal what we must change.

None of us can change the world alone, but we have each other. We can lean on each other for support. This is how we enact our vow to save all beings, one moment at a time in our spheres of influence. Beyond notions of cause-effect, what is spoken is instantly heard, our actions are instantly received, and all the world is awake!

Posted by Mike Fieleke at June 07, 2020
Email ThisBlogThis!Share to TwitterShare to FacebookShare to Pinterest

Mike Fieleke
I am a Boundless Way Zen guiding teacher and lead Morning Star Zen Sangha, a BoWZ practice group that meets in Newton and Waltham, MA. (Note: If you'd like to receive email deliveries or follow on your Blogger dashboard, sign up just below my profile on the web version of my blog. Thanks!)